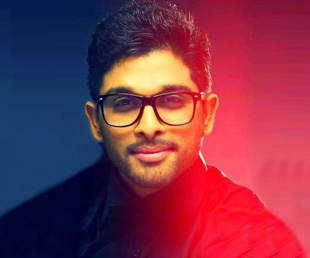 He is Also Known as – Bunny, Arjun, Stylish Star & Mallu Arjun.
Arjun worked as a child artist in the film Vijetha and made a guest appearance in Daddy. Arjun made his debut as actor in K. Raghavendra Rao’s Gangotri (2003).He did complete his college in Chennai. Due to his mixed background, Allu speaks Telugu, Tamil, English and Hindi fluently.
His Movies Available in Hindi are –

This is Allu Arjun’s third movie, which proved to be his third successive box office hit after Gangotri and Arya. The Film Stars – Allu Arun, Gowri Munjal & Prakash Raj in Lead Roles.

Ek Jwalamukhi is another Hit of Allu Arjun in this movie Hansika Motawani Appeared as Bunny’s Actress.

The Movie is Written and directed by Bhaskar (Bommarillu fame). Allu Arjun, Sheela, and Prakash Raj play the lead roles.

Arya Ek Deewana is Sequel of Blockbuster Movie Arya (2004). The Movie Stars Allu Arjun, Navdeep & Kajal Agrawal in Lead Roles. With The Success of the Movie There Will Be a Possible Sequel and We all are waiting for It.

in this Movie Allu Arjun is a gen-next youngster who parties hard and has modern outlook but his ideas towards marriage are traditional. The Movie stars Bhanu Sri Mehra Opposite Bunny.

It is 2011 Action Film directed by V. V. Vinayak and produced by Allu Aravind. The film stars his son Allu Arjun in leading role along with Tamannaah Bhatia and Prakash Raj.

This One is Bunny’s Latest Movie Available In Hindi. it is written and directed by Trivikram Srinivas. The film stars Allu Arjun, Ileana D’Cruz and Rajendra Prasad in lead roles.

Anurag Kashyap’s That Day After Everyday – A Short Film